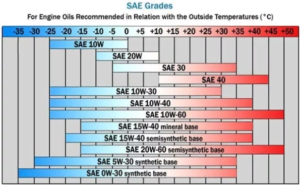 The higher viscosity is, the thicker oil films appearing on the engine’s moving parts are– in crankshaft bearings, under piston rings. The thicker, the better. Oil films protect from wear.
However, engine power, burning oil consumption and even the temperatures of the parts and, consequently, the overall engine reliability depend on oil viscosity.

To start, let’s find out how films appear and what influences their thickness. This phenomenon is called hydroplaning. It requires three conditions. The first one is speed – relative movement of surfaces, secondly, a particular ‘angle of attack’, and, finally, viscous fluid.

The motor has it all. Speed is generated by crankshaft revolutions. The angle of attack is shaped either by a round crankshaft bearing clearance, or is provided at a stage of production of the details by adjusting the required working surface profiles, and is tuned during the engine run-in. The viscous fluid is oil.

By the way, the appearance of films in bearings has always been evident. As for piston rings, the presence of films under them was confirmed only in the 1980s. Several experiments almost simultaneously took place in many of the world’s leading countries, including the USA and Japan. Scientists measured films thickness and figured out how films behave in engine cylinders and the way oil viscosity impacts this behavior.
Besides, they noticed a kind of funny correlation: engine power depends on oil layer thickness and oil viscosity, in particular. There is a certain optimum oil layer thickness. If this is the case, friction causes minimum power loss.

That is, both a thinner and a thicker film will cause engine power loss. As a result, the effective engine power with the optimum thickness of the film will be maximum. But this optimum thickness of the oil layer is unique for every engine operating condition. More than that, it depends on the engine construction and the engine’s real condition. The thing is clearances change during engine life. Clearances are the most important factor defining the angles of attack that impact the lifting power. But the common correlation is universal – the faster the engine rotates (more exactly, the faster is the piston), the bigger is the optimum oil film thickness. This, however, concerns only engine power boosting. It is easy to think that if you want to hop up the motor, you should pour a thicker type of oil. It’s not that simple, actually. Friction power, which we are trying to minimize, grows in parallel with the viscosity in direct ratio. And again, we have to look for an optimum.

This can be done using modern mathematical modeling techniques to present the friction processes that take place in the engine. These techniques are rather reliable. But right now the motor itself is more interesting and topical to us – where in what modes and which oil is more effective.
So, it is clear there is no optimum universal recipe on how to choose oil for every type of engine. But let’s try and select the best option based on a particular motor. We will take a 1.5L motorcar engine. This engine is well assembled, run in and not really worn.

Our objective is going to be quite transparent: find out how the first and the second digits of SAE viscosity classification (the ones that are before and after W) influence the key motor specifications – power, efficiency and wear rate. For this purpose we’ve chosen six Shell Helix oils, two cans of each, with different sets of the digits ratio – from 5 to 15 for the first one, and from 30 to 60 for the second one.

To increase the number of possible viscosities, we decided to make tests for various production capacity periods of each oil type. First, we will measure power and oil consumption in particular engine operating conditions with fresh oil. Then the engine will run for 20 engine hours. After that, we will repeat the measurements. Oil viscosity changes as the engine runs and the engine’s specifications also change slightly. To measure the real viscosity, we will make oil tests at each stage of the experiment. We will run in the motor in the operating conditions in which wear rate is almost zero – that is, medium engine rotation and intensity.

The higher viscosity is, the less the motor wears.

What about the wear rate? It’s hard to check it by means of experiment. But it’s evident that the faster the oil circulates through the lubricating system, the less intense the ‘starting’ wear is. Therefore, the less the first digit is, the less the motor wears during the cold start. This will be evident from the car’s behavior – it takes the load faster as it warms up with this type of oil.
This is how the ‘optimality’ of oil changes depending on the season. In winter the oil in the sump is colder meaning that its temperature in friction knots will be lower. Hence, W30 is better in winter than W40.

As for the second digit, it’s more complicated. The experiments confirmed that when we accelerate engine rotations, the oil with higher viscosity is optimum.

For instance, if the engine mostly operates with medium rotations (2000-3000rpm) which is normal for the urban cycle, W40 is close to the optimum. If we have more than 4000rpm, W50 becomes optimum.

This experiment isn’t suitable for showing how viscosity affects wear rate as it requires too much time. But thanks to math modeling of engine wearing processes we can see some obvious things. If we rule out the ‘starting’ wear, which is mainly influenced by additives included in the basic package, we can see an obvious correlation: the higher viscosity is, the less the wear is.

But is it that obvious? Is higher viscosity oil really better? Let’s look at a practical example which is very telling.
At a showcase, a group of mechanics was fine-tuning a customized engine with an individual clearances adjustment in the cylinder piston assembly. They found themselves in quite a strange situation. The engine was run in with regular W40 oil. At first, the results were predictable – they got what they had expected with the adjustments used. Later the client came and they poured W50, which the car was planned to use further. They expected an increased torque. But the car productive capacity became even worse in terms of engine rotations. The following measurements confirmed the loss of 12% (!) of power with high rpm.

The solution was really unusual! The team disassembled the engine and found the reason behind the power loss. High temperatures made the pistons grow in size and block up. It was proven by the absence of piston crown deposit.
The answer was found using mathematical modeling. The fact that piston rings create oil films results in serious heat resistance. About 60% of the heat which the piston receives from the gas in the combustion chamber is carried away through the rings. And the oil has very low thermal permeability! The thicker the films are, the less heat is carried away from the piston. That’s why its temperatures grow! Consequently, the piston grows in size because metals expand when heated. Besides, the initial clearances were quite narrow – apparently, the motor had been assembled not really well.

So, according to our estimates, for our motor, a simple transition from W40 to W50 results in an 8-12° rise of the piston temperature depending on the engine’s operating condition. That’s, actually, a lot! But who cares about it while choosing oil?

And one more thing… The thicker oil films in the cylinder are, the more oil burns out. Therefore, when using more viscous oils, increased oil consumption is a typical situation. If the motor is in good repair, you will only be able to notice it running the engine for a long time with high rpm.

And the final and the most important question is: which oil to put in the engine? The answer is simple – only the types of oil recommended by the manufacturer of the motor, not the oil!

More information about SAE you can find here. 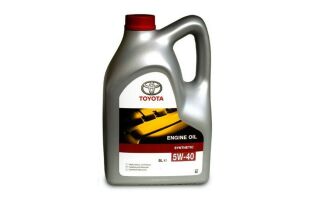 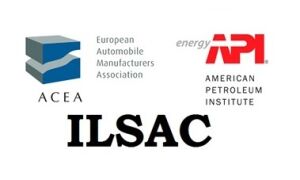 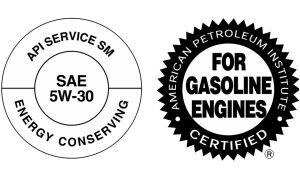