As a rule, the consumers of Chinese cars are attracted by their low prices and appearance. However, the quality of these automobiles leaves much to be desired, and their design most frequently is taken from the other famous brands. Speaking of a new “Lifan X80” at first sight you can think that its design is taken from “Toyota Highlander”. Nevertheless, looking at both these cars staying next to each other a conclusion relating to whether it’s true or false is clear.

What is the Relevance of “Lifan X80” Appearance?

Chinese specialists have done a good work on the exterior of “Lifan X80”. It has been made quite solid and attractive. Designers achieved such forms through individual details. The bumper of this vehicle consists of three sections. Various materials were applied during its production. The elements of grille consist of large chrome plated details which give it massive appearance. The roof of the automobile isn’t quite horizontal, it’s a little lowered. Such a look gives a bit of momentum.

What is Interesting in the Rear Part of the Car?

The lower lines of windows are raised high, nevertheless, coupled with big rear door and the size of the car it is without prejudice to view. The lid of a trunk and a rear part, in general, are implemented in such a way as to resemble a SUV. In a word, developers managed to create balanced design.

The Dimensions of the Automobile are Quite Impressive:

The volume of a trunk can be increased, having folded the third and the second rows of seats, respectively, up to 1150 liters and 2150 liters. Such a feature can be useful to those car lovers who often go to the country in a big group, and those who at times is obliged to transport work-related goods which are pretty significant in size for a passenger car.

Interior and the Set of the Vehicle

The interior of the car is also eye-candy. Leisure, wood, aluminum and plastic are used in decoration. In this, all materials are pleasant to look at and have a pleasant touch. Steering wheel is implemented in a classic variant. The buttons of regulation are placed on it. 8-inch monitor is integrated in central panel, under which a control system is placed.

Speaking of the possibilities of the vehicle’s systems creating comfort for its owner we should note that developers filled it with the row of functions:

As an engine developers installed a unit of their own design. It’s petrol, turbo-charged 2-liter motor of 192 hp. In spite of the fact that the engine is available in a single variant, a gearbox can be both automatic and manual, in both cases it’s a six-speed one. Basic car has a front-wheel drive, and four-wheel drive is available as an option. In this, fuel consumption on the combined cycle for a car which has such a size is only 8.5 liters for each hundred kilometers of way.
Truly, there are some moments which can raise buyer’s question. They relate to soundproofing, the quality of software and the response time of a multimedia system. Unfortunately, Chinese vehicles always had problems with soundproofing.

In any case, “Lifan X80” for sure will find its admirers. A consumer who has a big family and average income will be comfortable with a car with small fuel consumption. 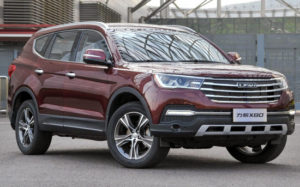 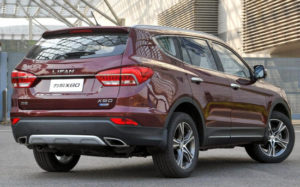 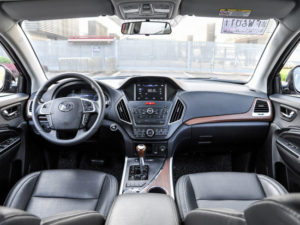 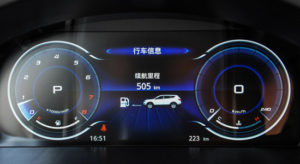 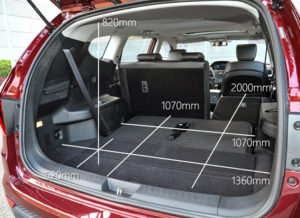 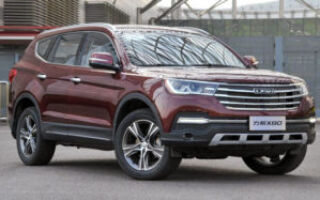 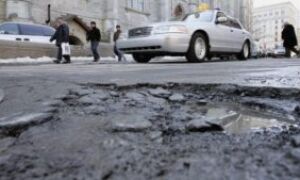