March brings up new problems for each one of us who find themselves behind the wheel. While Time Argus of New Vermont talks about potential local flooding and warns us to avoid driving across flooded roads, AAA Mid-Atlantic on the other side of the continent expresses concerns for driver’s safety as the amount of calls for flat tires has grown rapidly since February. 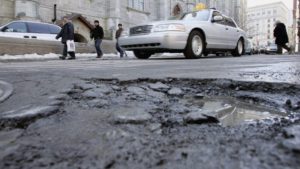 The main issue lies beneath melting snow. Road potholes, small nails and debris seem to be less dangerous covered with snow, but when they show themselves, flat tires become driver’s least troubling matter. AAA Mid-Atlantic reported a 48 percent increase of calls for flat tires since the first half of February. In the first 15 days of February their autoclub received roughly 13,200 calls, in March this number ballooned to approximately 19,500.

A small accident with a road pothole may result in a waste of 25 hundred dollars, AAA Mid-Atlantic states. This amount includes replacement of a top-tier alloy wheel, potential repairs of suspension and steering. On top of it, uneven tire wear forces a car owner to replace the whole set sooner.

While the sum above is a noticeable hit to an average family budget, flooding may cause even more severe losses. KTEN’s news piece about near death adventures of two young people who tried to cross a flooded bridge in McCurtain Country is just another example of how dangerous the spring may be.

Keep yourself safe from sneaky potholes, do not attempt to cross a flooded low bridge and you will avoid many road accidents. 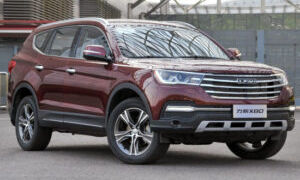