Convolutional Neural Network or CNN is an artificial neural network. The word ‘Convolution’ stands for mathematical operation, which involves merging two sets of data to form a third one.

CNN analyzes images and data. Mainly to pick out and detect patterns and make sense of them.

How does CNN operate?

Filter is a small matrix (3×3 pixels). Filters detect shapes, objects, edges and many more, which are patterns by definition. Filters will convolve / slide through each block of 3×3 pixels and create new representation of an image.

Medicine. CNN can analyze an image of a part of human body, where cancer may be present. Additionally, it can detect broken bones in X-Ray Images.

Vehicles. CNN can be used in driverless cars, for robots which should reproduce human behavior. CNN can analyze input images of the road and detect key ‘patterns’ such as obstacles or pedestrians.

Technology. CNN is used for facial recognition. Hence it is useful in various fields such as photo editing. Moreover, it can recognize different objects, thus enabling search by image in google and many more.

I hope you found this article useful!

Comment your opinion on CNN below and any additional points to include! 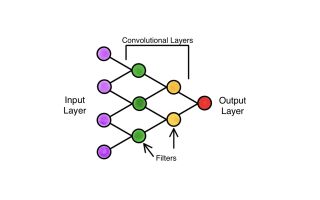